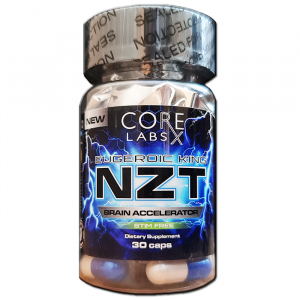 Ultimate Eugeroic King V2 supplement is rich in the newest, quickly absorbable form of modafinil. Its use effectively increases the sense of motivation necessary to achieve the best results in sports, at university or at work. The combination of nootropic substances and adaptogens is perfect for performing difficult tasks that require full commitment.

NZT Ultimate 30 capsules Eugeroic King maximally sharpens your senses, allowing you to focus 100% on your activities.

The nootropic is recommended for all those who want to improve brain functions, remember a lot of information and for people who need a mega dose of focus and energy for the whole day. It perfectly strengthens cognitive functions and concentration, and at the same time it eliminates nervous tension and stress. The addition of adaptogens improves memory, concentration, focus and also affects the well-being during the day.

Alpha GPC - activates the parasympathetic system (relaxing, sedative), increases the level of GABA (inhibitory neurotransmitter) and growth hormone (GH, regenerating hormone), lowers adrenergic (sympathetic) activity, thus reducing the effects of stress and irritation. It has a calming, anti-stress and relaxing effect. Supports the regeneration of the nervous system. Therefore, it is best to take this remedy before going to bed or resting. Alpha GPC is an excellent source of bioactive choline, and at the same time a dietary supplement with nootropic, neuroprotective, relaxing and calming properties. It prevents neurodegenerative diseases (Alzheimer's disease, dementia), improves cognitive functions, learning and memory.

Acetyl L-Carnitine - is an acetylated and metabolically active form of the amino acid L-carnitine - a vitamin-like substance. Its main properties include nootropic, neuroprotective, antioxidant and mitochondrial fat metabolism. In addition, Acetylcarnitine has a positive effect on the condition of the circulatory system and the sensitivity of tissues to insulin; it also reduces the feeling of fatigue. The substance is also involved in the regulation of the hormonal balance - mainly affects the level of testosterone and cortisol.

N-Acetyl-L-tyrosine - acetylated derivative of the L-tyrosine amino acid. Ordinary L-tyrosine is less stable and also less soluble in water, which can lead to reduced bioavailability. Acetylation increases the solubility and stability of some amino acids. N-acetyl-L-tyrosine supports the functioning of the brain by supporting the synthesis of norepinephrine catecholamines and dopamine (neurotransmitters).

Flmodafinil - Flmodafinil has a higher bioavailability than modafinil. Its action is much stronger than that of the known modafinil. Due to additional fluorine groups, it is absorbed to a greater extent into the gastrointestinal tract. It works mainly by increasing the concentration of two important neurotransmitters - dopamine and noradrenaline. Thus, it has a stimulating and stimulating effect on the nervous system, prevents excessive sleepiness and reduces fatigue. On the other hand, unlike other agents with a similar effect (such as amphetamine salts or methylphenidate), it is not addictive. It has an energizing effect on the entire nervous system, but does not exhibit the narcotic or euphoric effect that is typical of other stimulants. It can be said that thanks to it we are able to achieve maximum, but still safe, mental performance. In addition, it improves cerebral circulation, improves blood flow to the brain, contributing to its better oxidation. Thanks to this, the energy level rises, and we feel more motivated and willing to act.

Mucuna Pruriens - medicinal plant; Its seeds contain levodopa, which is a direct precursor to dopamine and an effective drug in the treatment of Parkinson's disease. It improves well-being and increases activity, resulting in increased exercise capacity and sexual function. L-Dopa contained in the product is highly bioavailable for the brain, which easily and effectively increases the possibilities of dopamine synthesis. This amazing neurotransmitter is an extremely important element for the proper functioning of the nervous system and the flow of nerve signals. Dopamine deficiency has been shown in people diagnosed with Parkinson's disease, especially in the regions of the brain responsible for its motor level. Low levels of this neurotransmitter may be manifested by the onset of memory loss, problems with achieving full focus and concentration, and it often affects the elderly.

L-Theanine - is a non-protein amino acid found naturally in green tea leaves - camellia. It has psychoactive properties because it easily crosses the blood-brain barrier. It stabilizes the mood, calms down, relieves symptoms of stress and anxiety. Also used as a nootropic agent - improving cognitive functions, work efficiency and learning efficiency. Researchers have proven theanine's effectiveness in increasing concentration, alertness and productivity, and the effects are already visible within the first hour after administration. Scientists believe that theanine is responsible for the relaxing effect of green tea, which influences the intensity of alpha waves in the brain, possibly by affecting the activity of certain neurotransmitters, including dopamine and serotonin.

Theobromine - theobromine is a compound known from the popular yerba mate, showing diuretic properties, which helps to get rid of excess water from the body, masking the effects of reducing body fat.

Grape Seed Extract - The resveratrol contained in grapes acts as an antioxidant, scavenging free radicals that damage the body's healthy cells. It is a substance that reduces the absorption of LDL cholesterol in the walls of blood vessels, reducing the risk of heart disease and atherosclerosis. It inhibits the aggregation of platelets and prevents the formation of dangerous blood clots. It is perceived as a substance that has anti-obesity properties and may also have a beneficial effect in preventing diabetes. In addition, it has the ability to lower blood pressure levels, which is an important factor in preventing civilization diseases.

TPGS - in addition to being a source of vitamin E and allowing the body to use its beneficial properties, the TPGS form has the unique property of improving the bioavailability of other substances. Its presence in the preparation is not accidental - it improves the transport and absorption of the other ingredients of the supplement.

Piperine - the main active substance of black peppercorns, having the ability to increase the bioavailability of many compounds and substances. 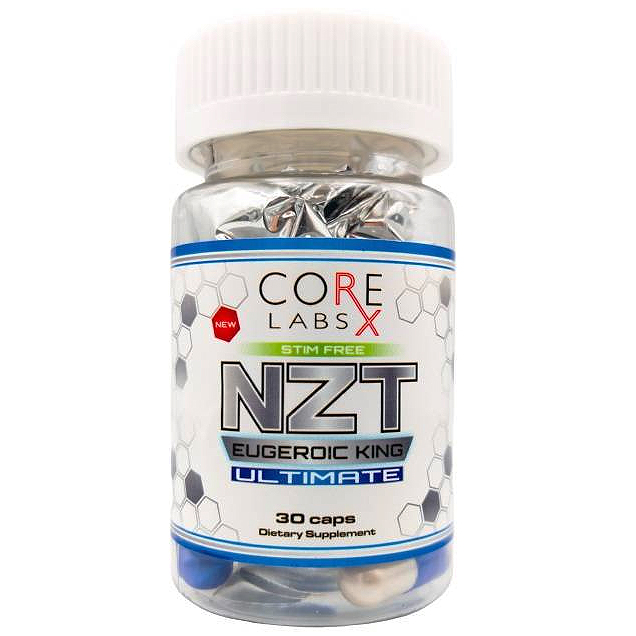